What a difference a few years can make, understatement of the decade! There I was ironing my shirt getting ready for work on one fateful February morning when my phone rang.  On the other end was a messenger who changed my life, or at least accelerated my plan for it, considerably.   I had been talking about and dragging my feet about making the leap into becoming a full time photographer for months.  I had spoken about it and asked for prayers countless times in my church small group (#BGE).  I had even forecasted that I’d be ready to make the full time transition 10 month’s from then at the beginning of the following year - New Years resolution, anyone?  But as with all things, God had His own plan.   So as I gathered my thoughts, picked my jaw up off of the floor and the knife out of my back (oh no he didn’t!! oh yes, yes he did…) and I called Peggy.  I told her I’d just been informed that my services where no longer needed by my now former employer, thank you corporate downsizing…  Peggy’s response was brilliant. “Well, I guess you’re a fulltime photographer now!”  A couple months after that Peggy and I were married and by the following February we were welcoming our little blonde haired, blue eyed wonder-terror, Max, into the world.  So to recap, in one year I had lost my job, leapt into a full time self employment, gotten married and had a baby.  Well, I guess technically Peggy “had” the baby.  You know how all that works….  It’s also when I officially began developing my “dad bod.”  More (eventually less) on that another time though.

As Peggy and I were preparing for Max’s arrival all conversations pointed to me keeping him at home since I work out of a home office.  The plan seemed simple enough.  I mean, I had the older two boys at Nathan and Aiden at home with me over the summer and in the afternoon during the school year and aside from having to tell them 34 times a day to do their homework, for the most part it was pretty easy.  So, I thought it would be manageable to introduce a baby into the mix.  How hard could it be…right?  Maybe that’s actually the understatement of the decade… Regardless, it was naïve at best.  Let’s just say it quickly became apparent who and what was dominating this dynamic.  Max 1 me 0, everyday all day!

I had every intention of becoming this so-called full time photographer.  In the photography world it’s a coveted distinction from other so called would-be part timers.   I’m pretty sure every time I’ve told someone, especially another photographer, what I do for a living the very next words out of their mouth is, “full time?”  And I guess technically, since I earn 100% of my income from photography the answer is, yes.  The reality looks a lot different though.   I have a number of clients who’ve met Max during one of their consultations or album design meetings and plenty more have heard him in the background while speaking on the on the phone with me.  And while he’s never been to an engagement/portrait session or obviously a wedding with me, he’s been there for pretty much everything else.

One of the most challenging and interesting things I noticed about this little monkey baby (Max now says monkey but he calls them mugees) at home with me every day for his first 18 months was how his patterns changed about every 2-3 months.   Probably the hardest phase was when he was still a tiny little guy and loved fighting sleep.  I can remember feeling so bad for him and so frustrated by him at the same time.  His nap times were the only time I could get work done.  Having to hold him for 30 minutes twice a day to help him fall asleep was really wreaking havoc on my ability to run a business.  I had to remind myself how precious this time with him was and that I’d never get it back.  However, even doing that didn’t stop me from having an at least one weekly freak out conversation with Peggy about how keeping him at home with me wasn’t working and something had to give.  Eventually Max stopped fighting sleep and naptime became one of my favorite times of day.  I figured out that laying down with him, after he stopped crying/screaming, helped him fall fast…. I mean deeply, there was nothing fast about it, asleep. So, I began taking advantage of about a 15-25 minute nap time with my little buddy to help him on his way.  I really miss that phase now, aside from the crying and screaming of course. Just like everyone said I would.

I think it was about when Max was 6 months old that Peggy and I felt comfortable enough to leave him with someone.  So, when a close friend of the family began taking him 2 days a week from about noon or so till five when Peggy got off from work it was a Godsend.  It’s insane to think how valuable and productive 10 hours of actual focused time can be when you’re used to having to jump out of your chair to pick up and calm your screaming son, feed him yet another bottle (eventually food), change his diaper or later when he was older, prevent him from catastrophic injury.  Those 10 hours were a valuable commodity to say the least.  At some point along the way Max became content to swing in his momaRoo or roll around in the Pack ’n Play as well but that all changed when he began walking and I couldn’t take my eye off of him for a second.  I’ve always said Max’s mobility was my downfall!

All of this isn’t to say that I didn’t enjoy my time with Max (and still do!).  In fact, so much of it has been absolutely fantastic.  The bond we’ve formed is incredible.   The experience has however changed my mind about how lazy I thought I was.  Turns out I’m not that lazy at all, which is great news!  There were times though when my frustration level would get pretty crazy.  All I wanted to do was sit down at my computer and focus on completing a couples wedding photos, design an album, plan next months marketing efforts or even just post something to social media without interruption – all those hashtags don’t just write themselves, you know!?!.   Now I look back on that time with such appreciation for how much time we spent together.  It’s pretty well known that Max is a daddy’s boy and quite frankly I love it.  The time we spent together during his first 18 months was invaluable.  He was like a little blonde headed, front-side backpack when we went to Disney in November and he face timed me about twenty times during my Imaging USA trip to San Antonio recently.  He started one “conversation” off by telling me, “come home!”   Watching him grow and develop has been so incredible.  Despite how difficult it was some days (ok, a lot of days…) to have him with me while I was trying to get work done I wouldn’t want it to have been different.  He’s now at daycare at a friend of the family’s three days a week, which is so helpful.  I can’t help but be present with him (and Liam) when I have him those other two days.  It’s still so challenging though.  I’ve unfortunately missed client deadlines and don’t have nearly as much time as I’d like to dedicate to growing Matthew Thwing Photography.  There are some Tuesday’s and Thursday’s (ok, a lot of Tuesday’s and Thursday’s) when I watch the clock and count down the minutes until Peggy gets home.  But I know deep down how precious this time is with these baby boys.  They make me crazy so often and make me laugh just as much.  I’d change none of it.  Ok, that’s a lie but I do love it and every moment I get to spend as a dad.  I’m so blessed by these insane little guys who love me so much. So whether I’m a full time photographer or a full time dad or both simultaneously what matters is that I put my heart and energy into both of them when it’s their time.

I didn’t mention Liam (or the older boys) in this post often but he’s been at home with me for the past (his first) 7 months as well.  I originally intended on blogging this when Max was 18 months old but guess what, Liam was born!  So, after Liam is 18 months old I’ll write part II about that little fuzzball ☺

Below are a few of the photos I’ve taken of Max while he and I were hanging out during the day over the past two years.  He continues to change every day and is developing to into a sweet, hysterically funny, stubborn at times, little boy.  I cannot believe he is two years old today.

Happy Birthday little buddy, daddy loves you and all the insanity you’ve added to his life with all my heart! 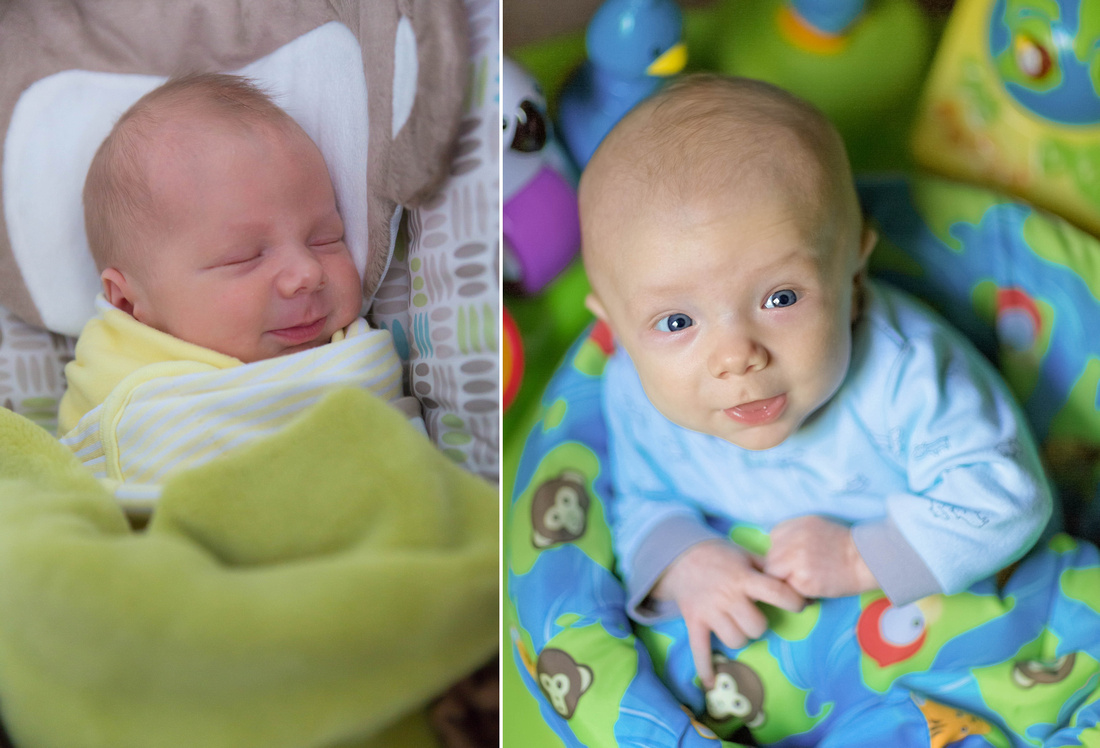 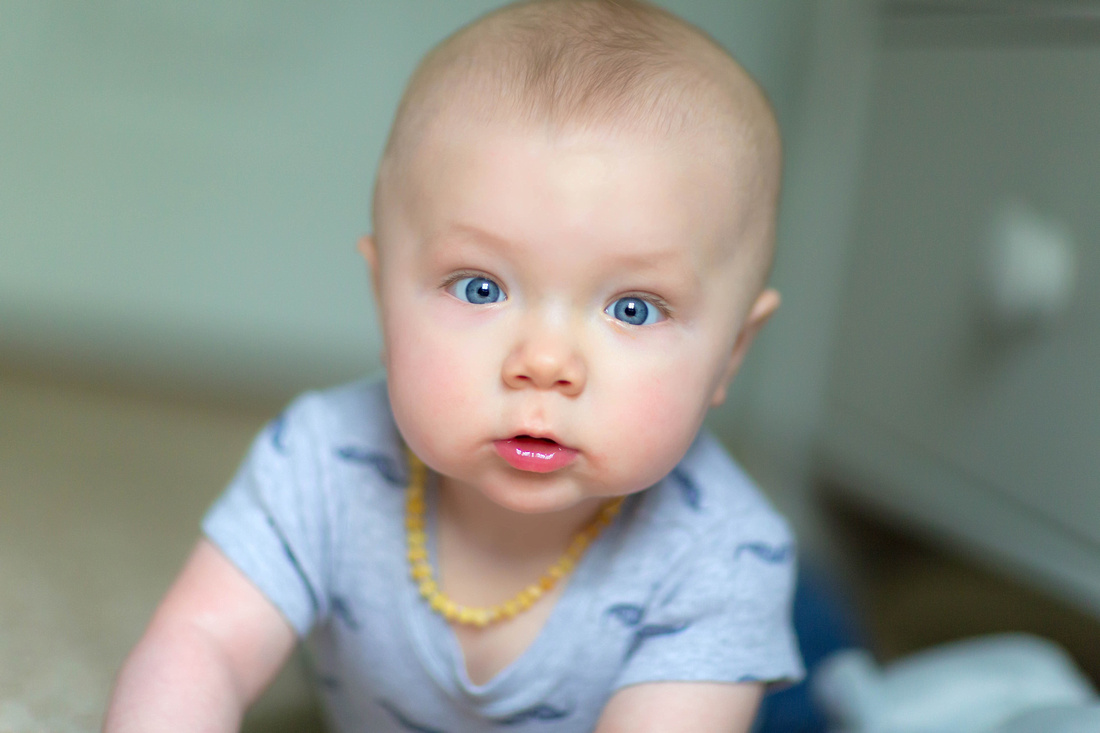 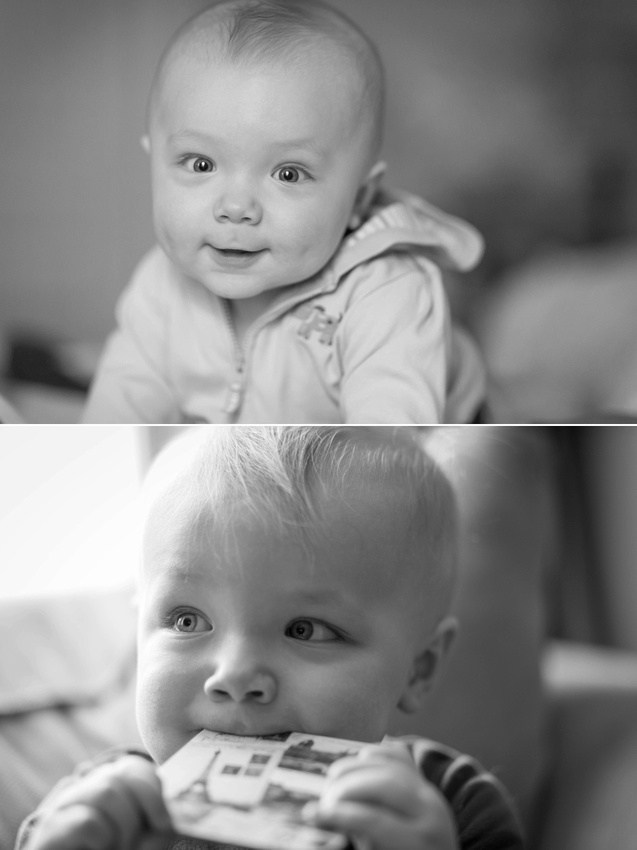 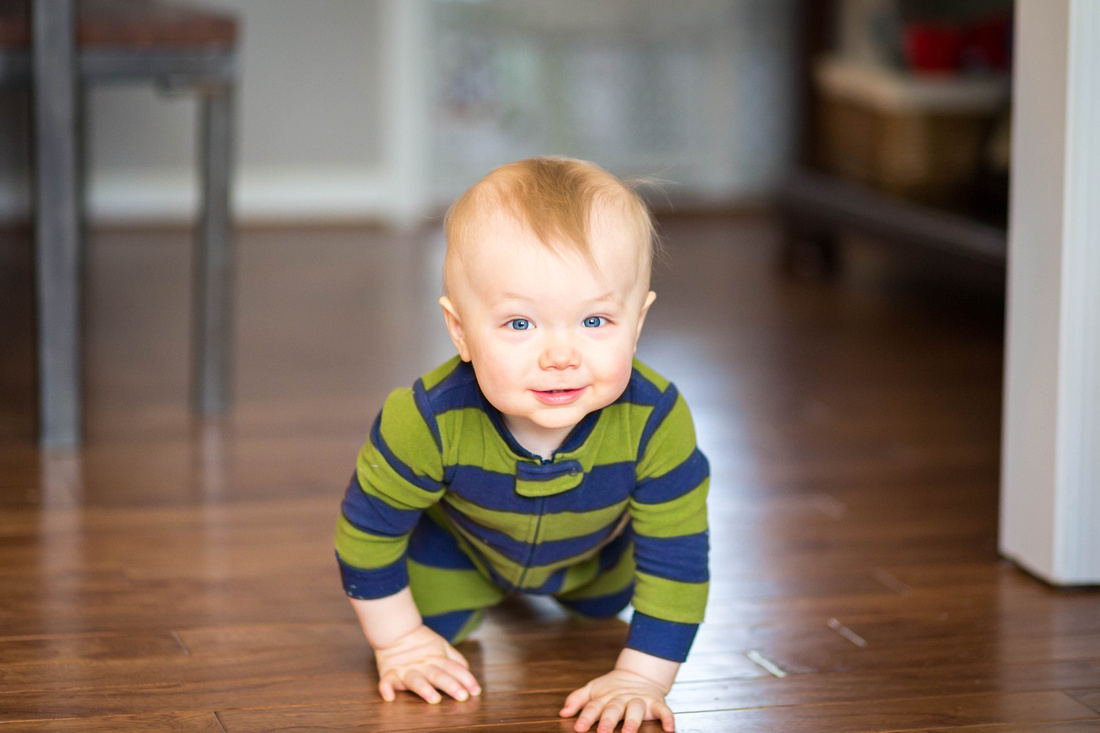 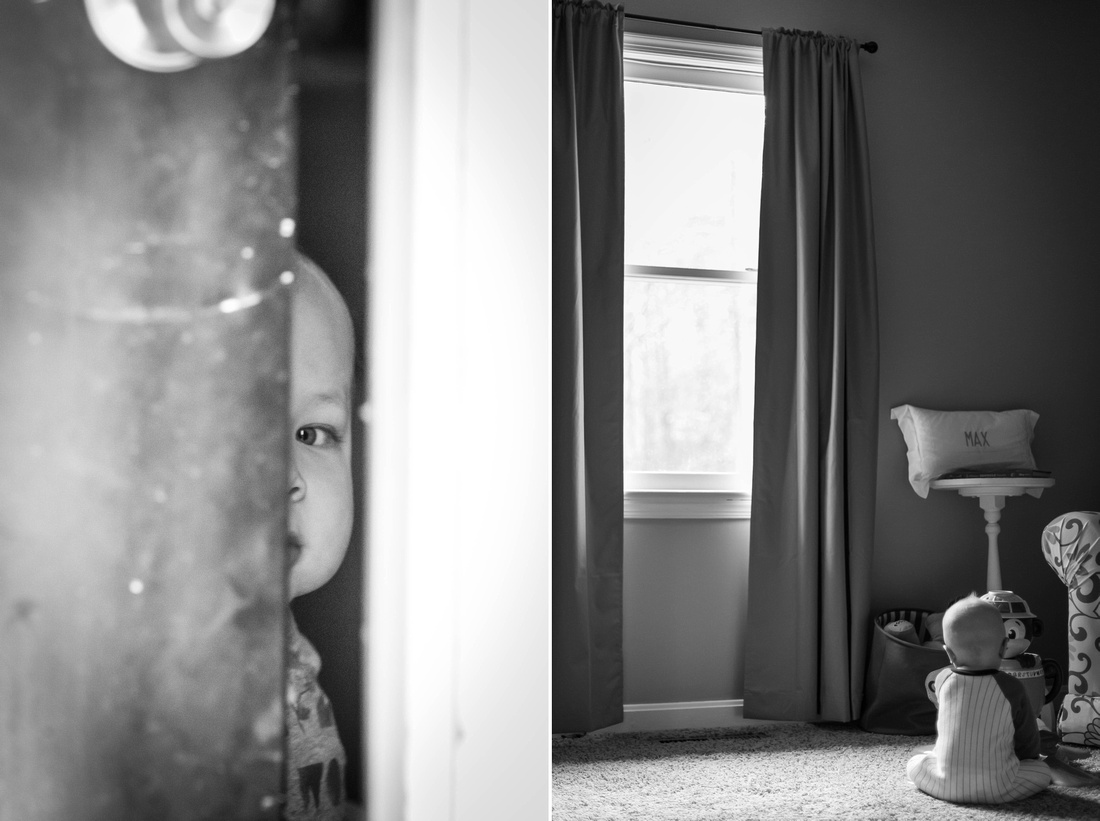 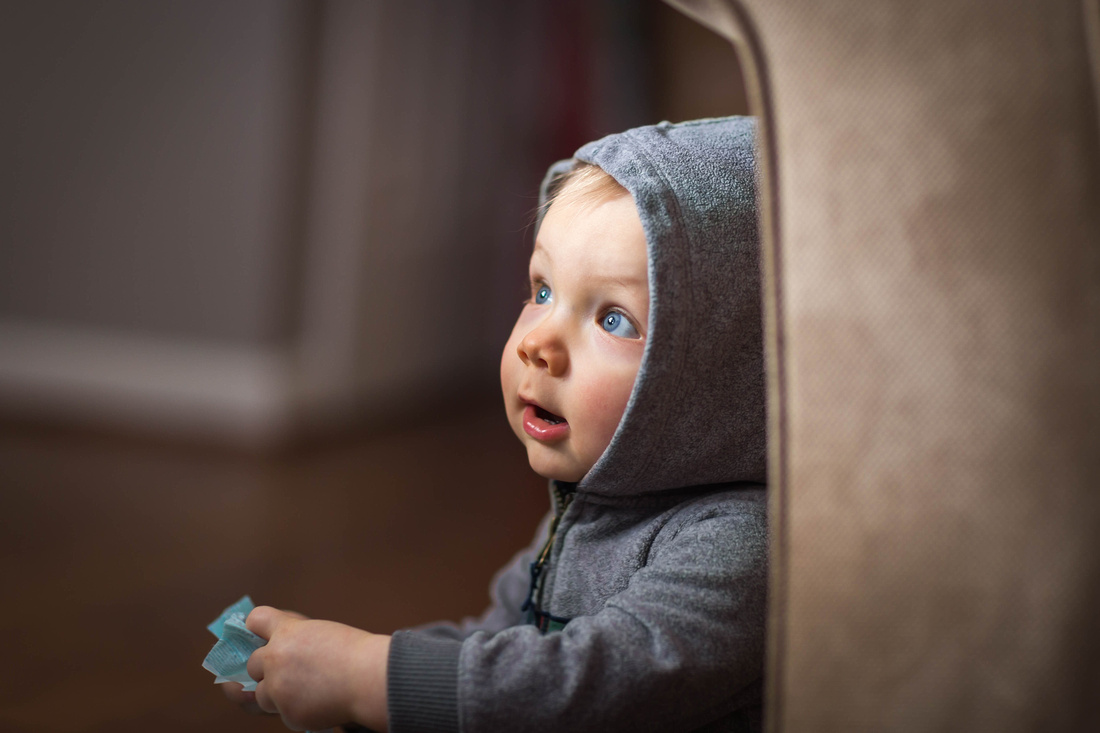 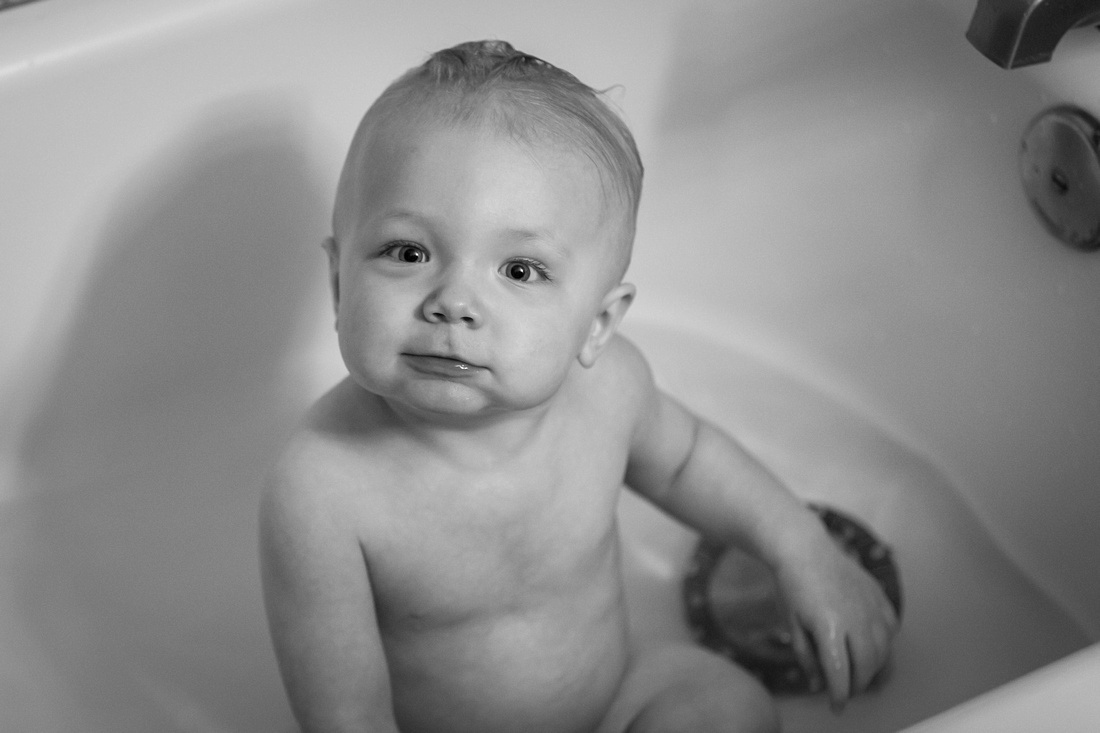 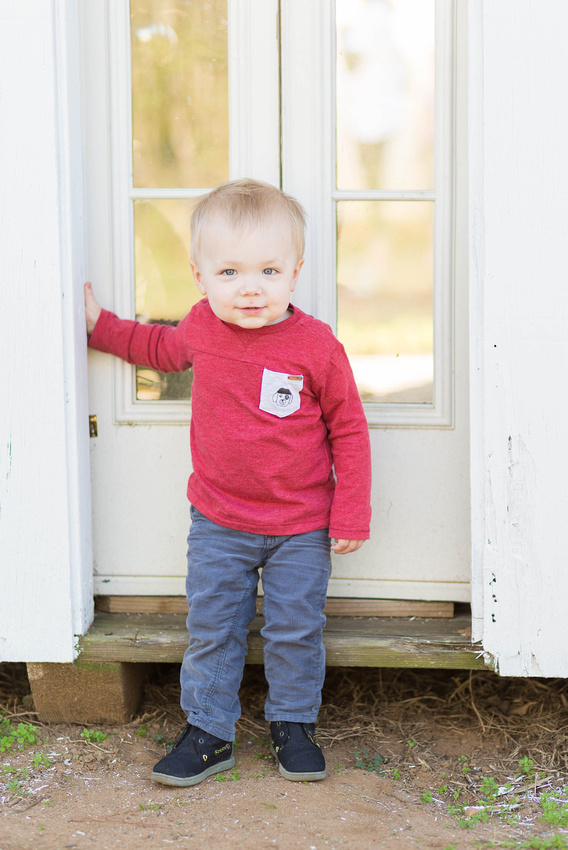 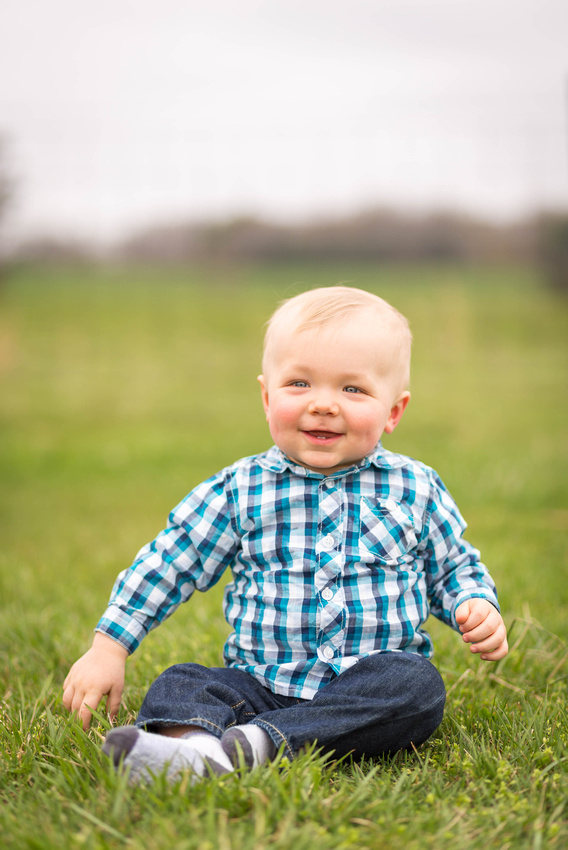